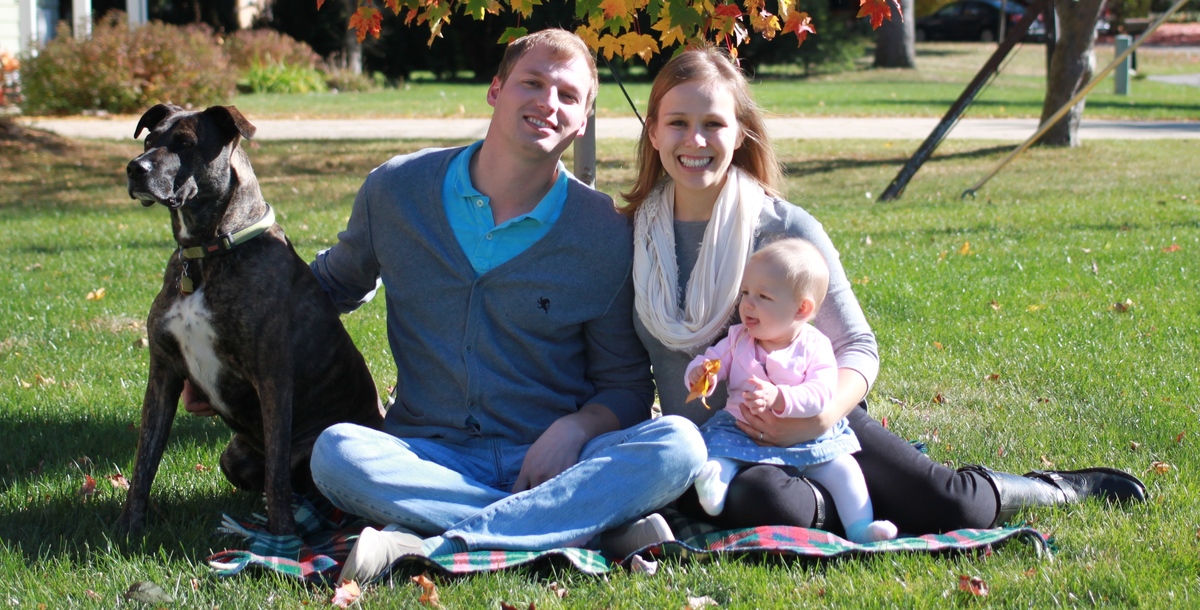 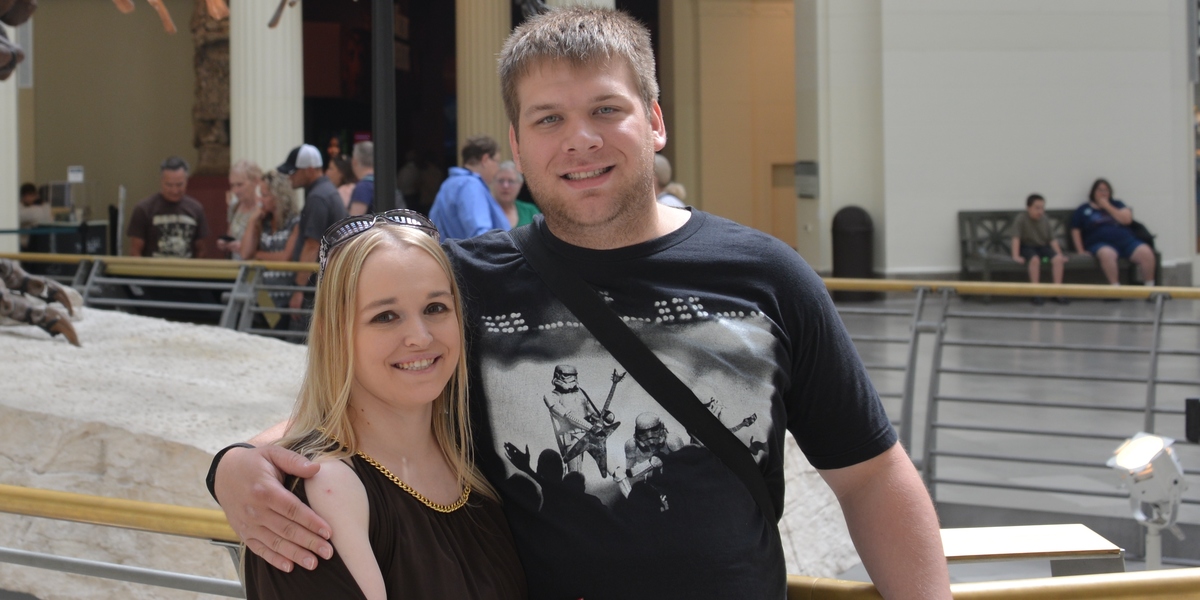 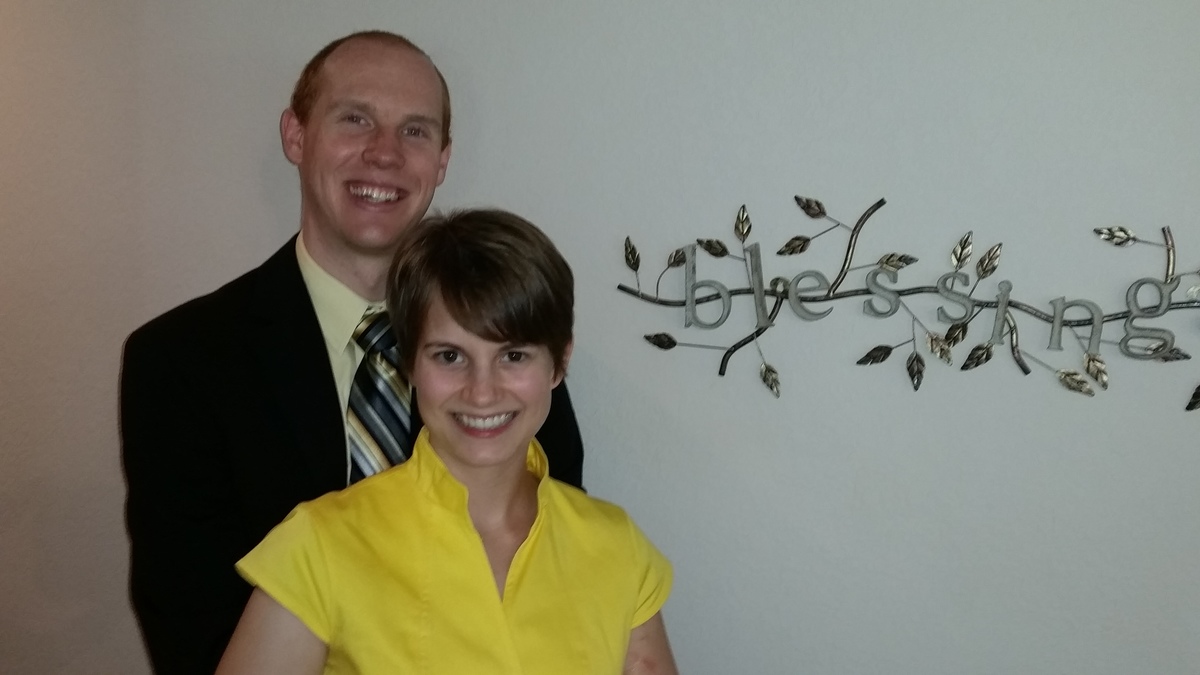 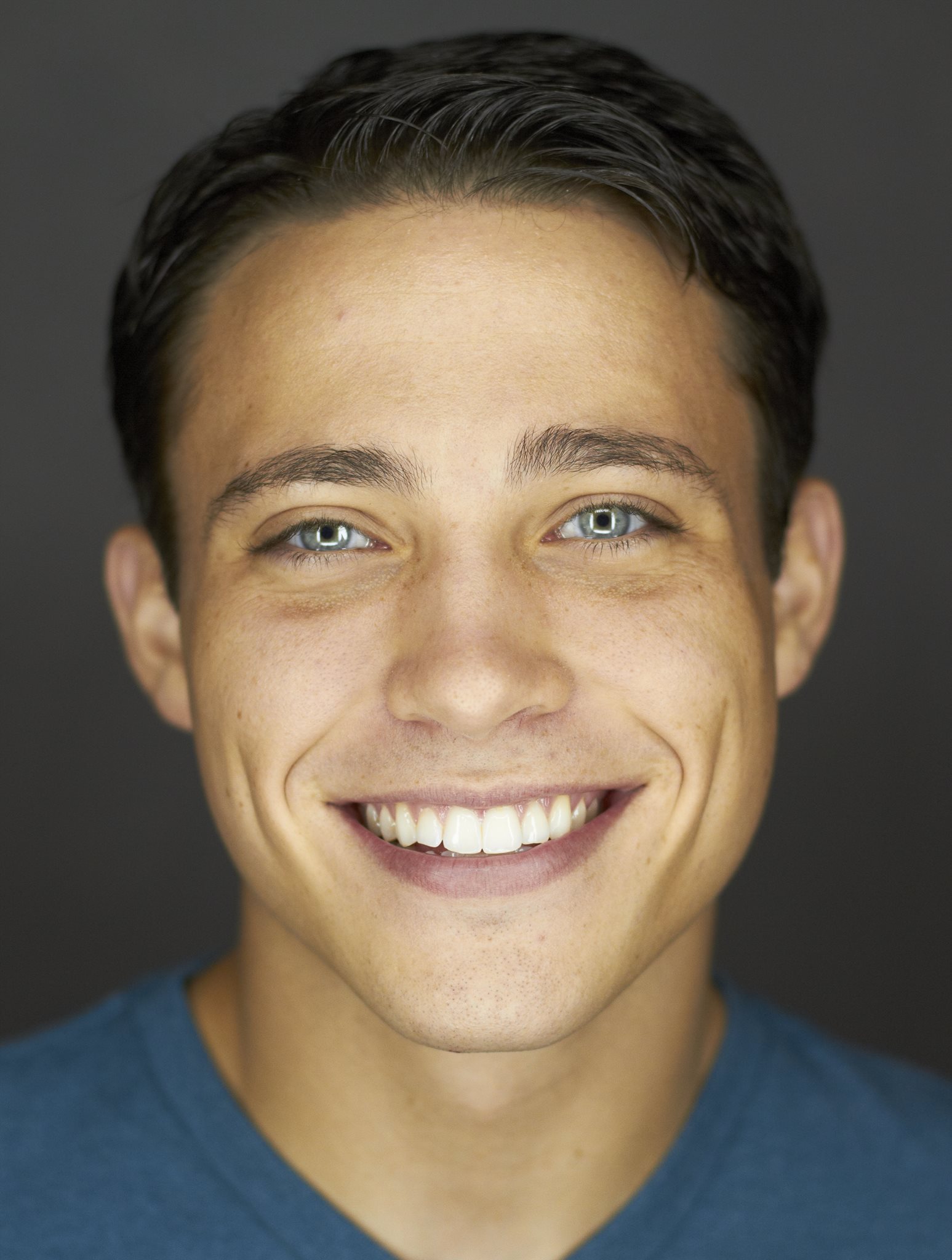 Tanner Williams majored in electrical engineering with a minor in mathematics. He graduated in May 2014. He did not have any internships, but he worked on various projects both for research and for fun. He believes that projects and research play an integral role in enriching a degree in engineering. His advice to engineering students: “Keep busy.  Sometimes the difference between a good education and a great education is what you are willing to put into it. Andrews University and the engineering department went the extra mile and gave me the tools I needed to be prepared for a career.”  Tanner is now working at Texas Instruments in Dallas, Texas.

Stephen Mayer, an engineering graduate from 2010, is a licensed professional engineer working for M+W Group. For the past f 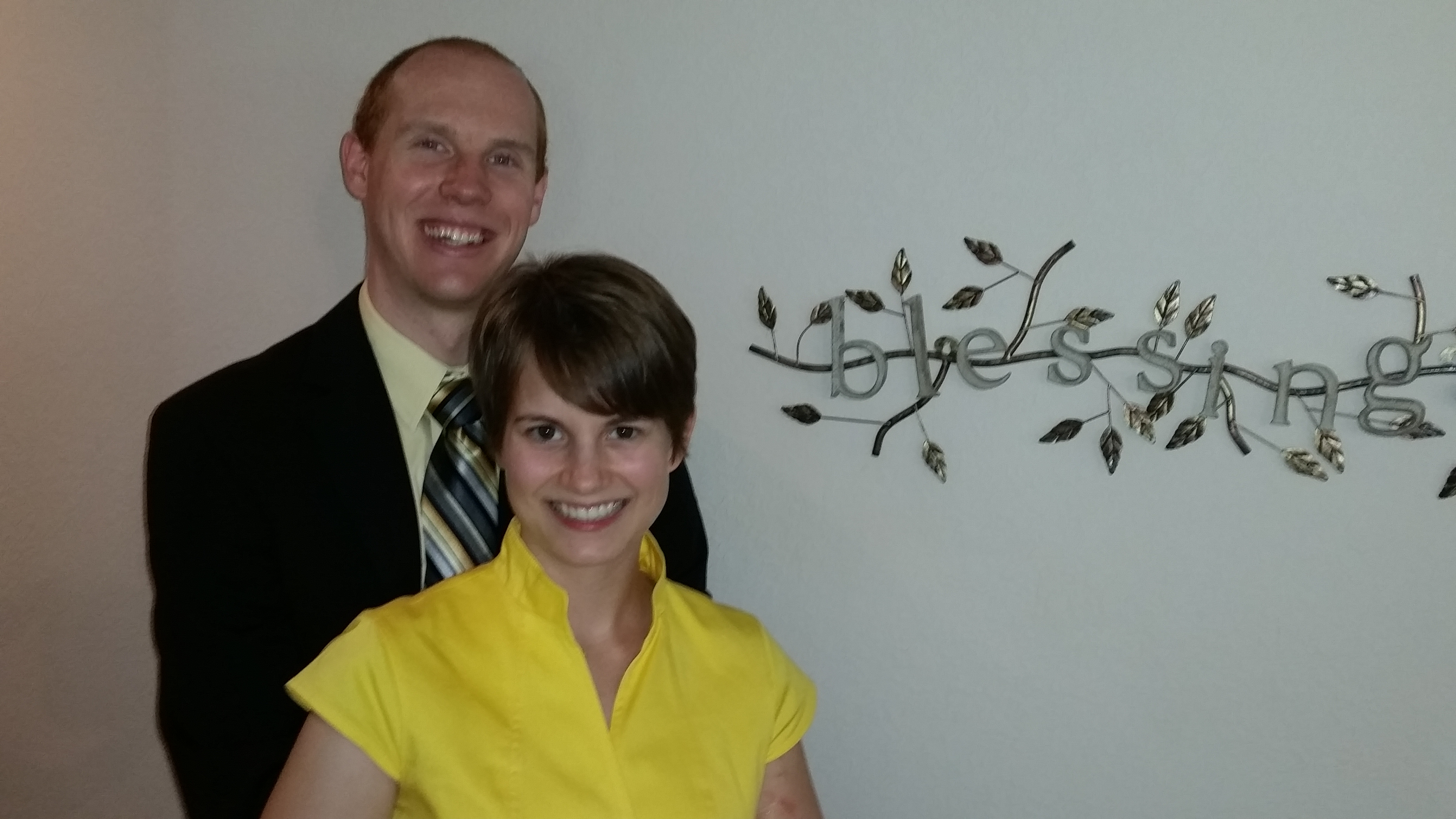 ive years he has been designing HVAC, hydronic and plumbing systems for high-tech industrial facilities around the world. The fundamentals in engineering he learned at Andrews have assisted him throughout his years and have given him a solid base from which to grow. Most importantly, Andrews University instilled the value of keeping God first in all things. Keeping God first has assisted in the ever-changing atmosphere in both the world and at work. Since 2013 Stephen has been married to Kathlyn (Bearce), whom he met at Andrews. Together they reside near Albany, New York.

Sandra Gordon (previously Sandra Prieto) graduated in May 2011. She was one of the first two women to graduate with engineering degrees from Andrews University. As an undergraduate, she received research experience working with Dr. Kwon during the summer following her junior year. It introduced her to biomedical research, which she eventually pursued. After graduating, Sandra traveled to Korea and taught English and Bible for 10 months to see if she truly enjoyed teaching. When she returned to the States, she applied to graduate school to obtain a PhD to be able to teach at the university level. She is currently a fourth-year graduate student and PhD candidate at the University of Arkansas, Biomedical Engineering Department. Some of her work includes photon imaging, microendoscopy and more. She is thankful for the research experience she had with Dr. Kwon as well as the one-on-one care and attention she received from her professors.

David Greene graduated from Andrews University in 2010. While in school, David worked for a local construction business and the Department of Physics as a lab assistant. He obtained a summer internship at the American Electric Power Cook Nuclear Plant in 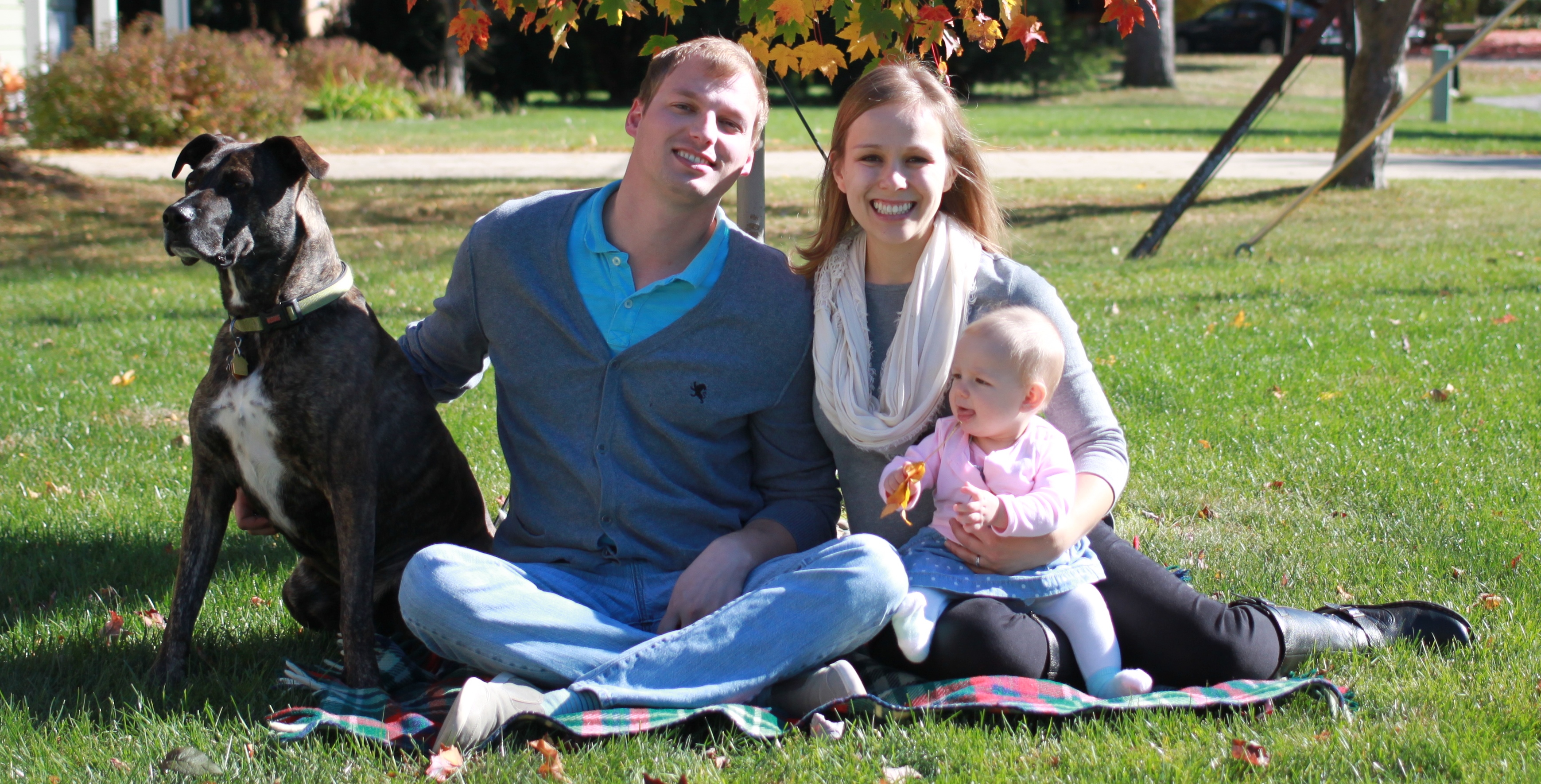 Bridgman, Michigan, where he has been employed since graduating. He was first hired into Cook's rotational engineer program and then worked in plant engineering until June 2014, when he started his current job as an engineering training instructor. In December 2015, he graduated from Western Michigan University with a Master of Arts in Organizational Learning and Performance. He really enjoys the field of training and development. His passion is to develop training that improves work performance and is student-centered.

Katie Parker-Mejeur majored in chemistry (ACS Approved), mathematical studies and engineering (mechanical engineering emphasis) and graduated in 2011 with a total of 214 credits. She then received a master’s in chemical engineering in 2013 from Wayne State University. She did not have extra res 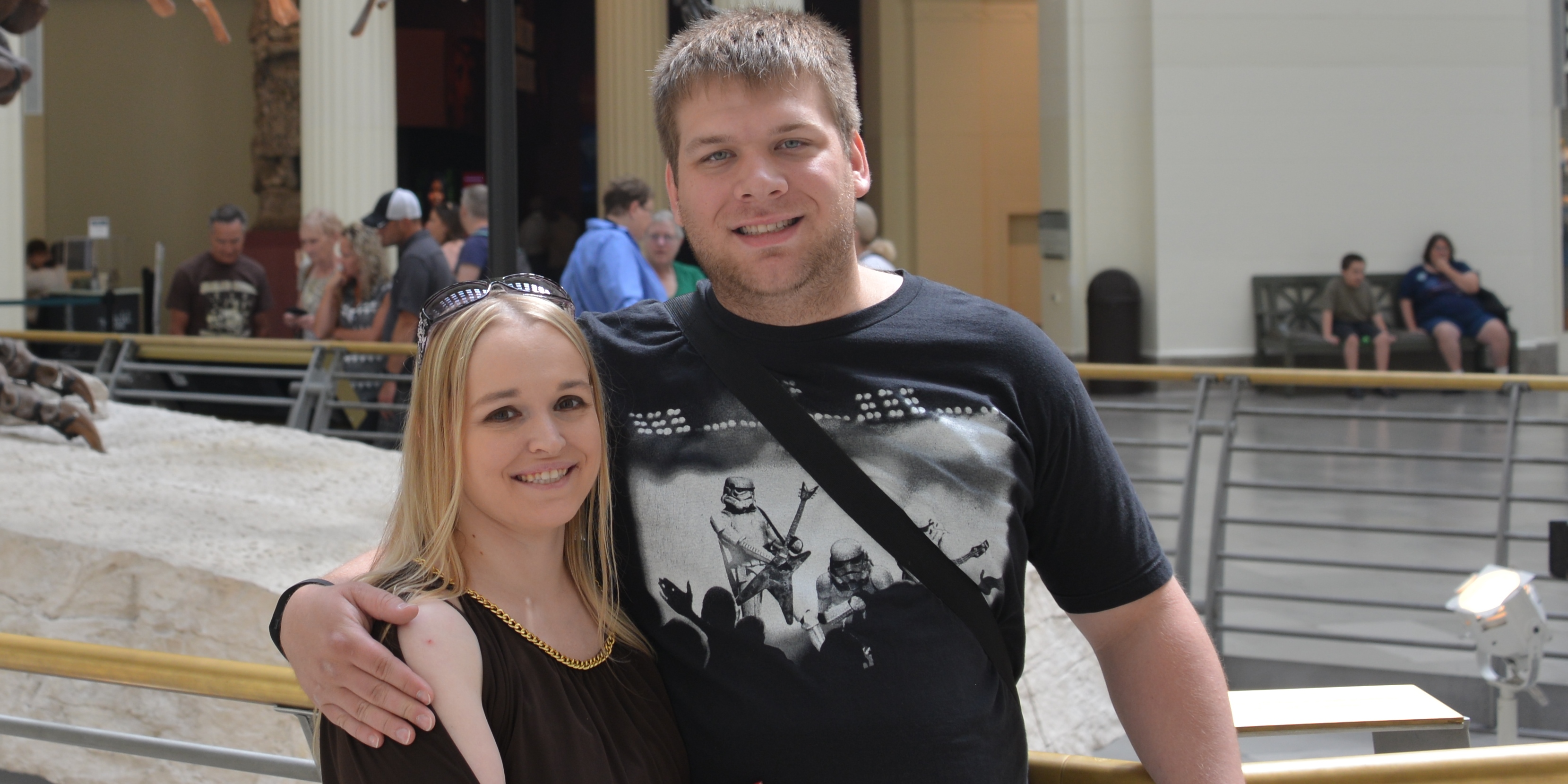 earch or internships other than her studies and her family business, Specialty Steel Treating, Inc. She started working there as a summer receptionist in 2002 and gradually became a full-time process engineer. Parker-Mejeur found that what she learned at her family shop and at Andrews applied heavily to where she worked.
Fun fact: Engineering runs in her family! Her husband, Andrew Mejeur, whom she married in 2014, is also an engineering graduate from Andrews University. Additionally, Zach Verhelle, who is currently a freshman (2015–2016) in the engineering program, is her cousin. 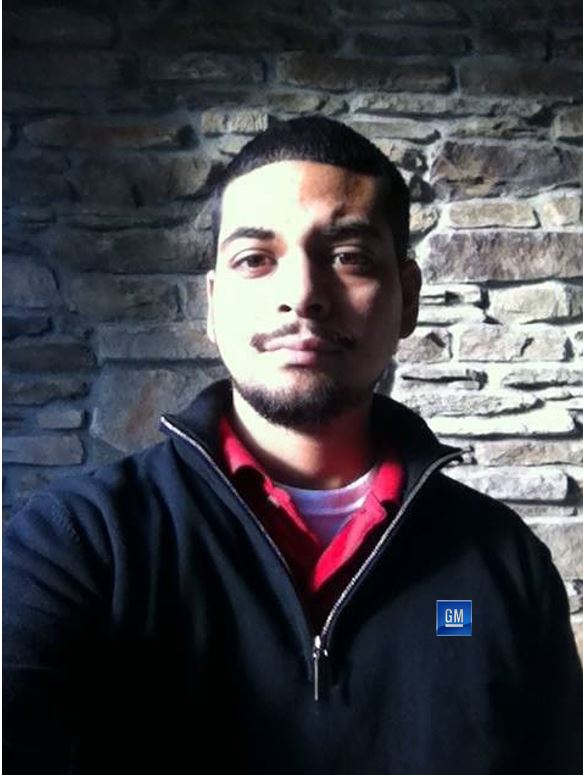 Rob Fuentes was involved in SHPE and NSBE during his time at Andrews University, as well as with Baja SAE. He loves to work with cars. “The majority of my life has been involved with cars. Whether it be working on them or racing them; I lean heavily to do track days, autocross events, drag events, even go-cart circuits, and just recently picked up on sport-bike related events. I talk, eat, sleep, repeat on the topic of cars.” While in school, he had a lot of car projects, including removing and transferring an engine and transmission from one car to another in a time span of one week. He is currently a Calibration Verification Engineer working with LGE 4 Cylinder at General Motors.
His advice to engineering students: “How bad do you want it? Keep pursuing your dream and don't let anyone tell you, you can’t.”

with a BSE in Mechanical Engineering. During his junior year at Andrews, he interned at Dane Systems in Stevensville, Michigan. Then, after a year of studying abroad in Argentina, he interned at Lhoist North America in Alabama. Mendizabal not only focused on maintaining a high GPA, but also made sure to have time to socialize with his peers to build his communication skills. “Being able to communicate well in a social setting is very powerful, especially for large corporations where you have to deal with all kinds of different departments and personalities. It also helps to make connections and meet people, as that will help you move up the corporate ladder more than your brain will.” He spent hours sending applications to over 40 internship positions. Out of the 80+ applications he sent out, only 4 or 5 responded positively. He now works as an Engineering Specialist Trainee at Volkswagen of America, Inc. in Chattanooga, Tennessee.

"In the fall, I will be beginning my graduate studies [at Notre Dame] in Electrical Engineering on my way to a doctoral degree. This will, for the most part, be classwork and trying to find a research adviser for my doctoral work as well as preparing for the qualifying exam. After the first year, I will need to identify my research adviser, pass my quals and then begin working more fully on research. Once I have received my degree, I plan on finding a job in nanofabrication working on the next generation computing hardware." 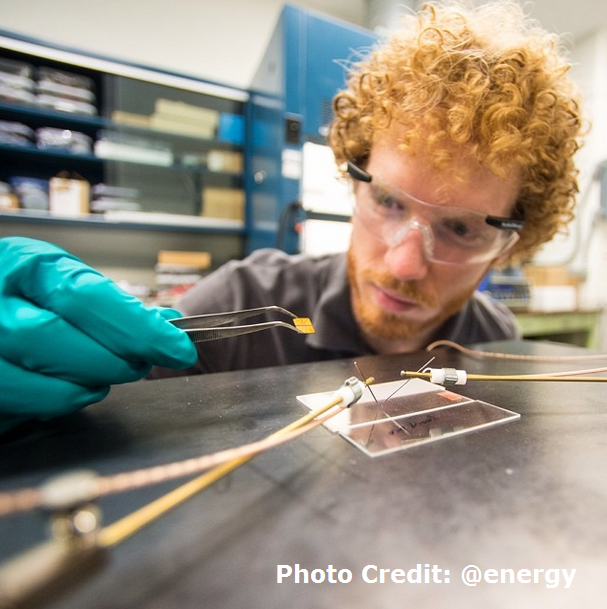 "Advice I would give to potential students would be to immerse themselves in their major. Find out as soon as possible if what they are studying is what they really want to do. You don't want to have an internship your junior year and realize you hate your future career. Plunge into your class projects; if you don't love them, you may be in the wrong field. Finally, get some real-world experience. Shadow someone, get an internship, be a lab TA. Find your passion and stick with it! Also use one of the most powerful resources available in college: your professors. They are dedicated to your success. Talk to them about your future plans and see if they can set you up with an internship or a letter of recommendation."

"My engineering professors, especially Dr. Kwon and Dr. Lovhoiden, were integral in my acceptance into summer programs and graduate school. Finally, make sure you have time for yourself to have fun and exercise every day. It will keep your blood moving towards your brain and the winter blues away."

"I interned twice during my college career. My first internship was for UTC in France. This experience was my first exposure to industrial work. It helped me build my resume with experienc 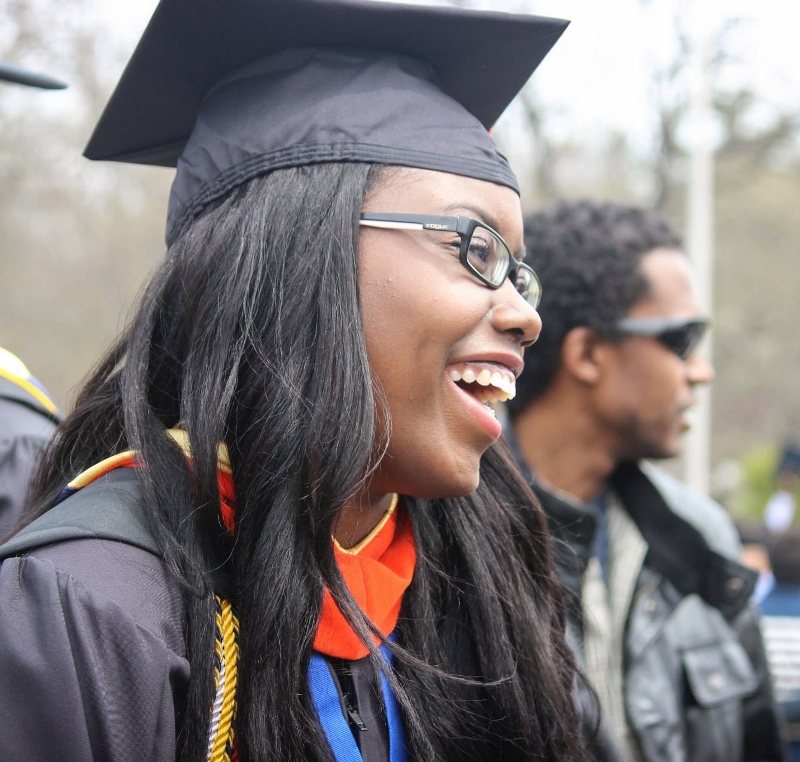 e, which led to my second internship with Cummins Inc. in Indiana. During this internship, I was given more responsibilities and as a result of my hard work, I was offered a full-time position after graduation.”

“My position at Cummins is in their Engineer Development Program. The EDP is a rotational program that allows its participant to move throughout the company in three 1-year and one 6-month rotation. Therefore, I should be able to travel and change positions over the next 3.5 years.”

Nina advises future engineering students to not wait to look for internships. She said, “The way I got my internship was by going to conventions. Even if you are not looking for an internship, it is crucial that you start going to conventions and seminars as a freshman so you have a feel of what you should be prepared for. Also, get involved with engineering clubs. Employers are impressed by leadership skills displayed through these extra-curricular activities.”

Bryan’s senior design project with Tanner Williams (BSE 2014) involved creating “smart probes” or remote sensors that have the ability to measure different sets of data simultaneously; such as temperature, sound and motion. This technology could be used to automate processes within the home; for example, remotely monitoring the temperature and lighting in each room of the house. It was through this and other projects, as well as an internship at Dane Systems, Inc., that Bryan was given an edge over other applicants to Whirlpool Corporation, where he is currently employed as a Control Engineer. 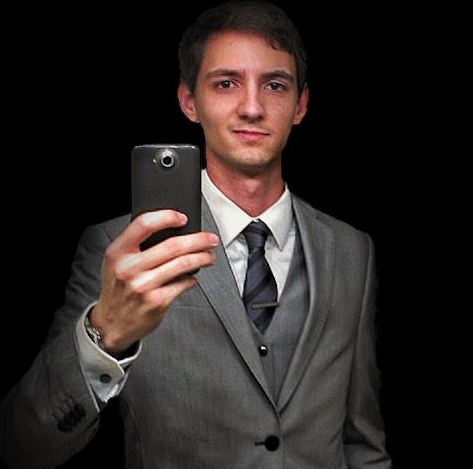 Regarding his choice of taking an engineering degree, Bryan said, “I picked engineering as my major because I wanted to get a deeper understanding of how electronics and circuits work. It wound up being the right choice because I enjoy working with hardware.”
“Taking engineering did not teach me how to do my job as an engineer so much as it taught me how to learn. Regardless of what kind of engineer you want to be, every engineer needs a fundamental group of skills in order to succeed. Andrews University taught me how to solve problems, and provided me with a good understanding of electrical engineering.”
“The faculty at Andrews are among the best. They not only want their students to succeed, but they care about their students. Whether you need help with classes, or simply need some advice, the professors at Andrews are there to be a friend, not just a mentor.”

Jonathan Ford is an engineering and math alumnus who is working for Lockheed Martin as an engineer. He got this position after two summer internships with the company his junior and senior years. He obtained the internship by spending his sophomore year Christmas break submitting resumes to 15+ engineering company websites. By February, he received a call from Lockheed Martin and had an interview. He passed their checks and started working in May once school was out.

Some of the things that Jonathan valued from his internship included making it easier stepping into a full time position. Also, Jonathan mentioned, "there were interviews for the second internship and full time hire, but the inside connections who knew me and liked my work were an immense help. 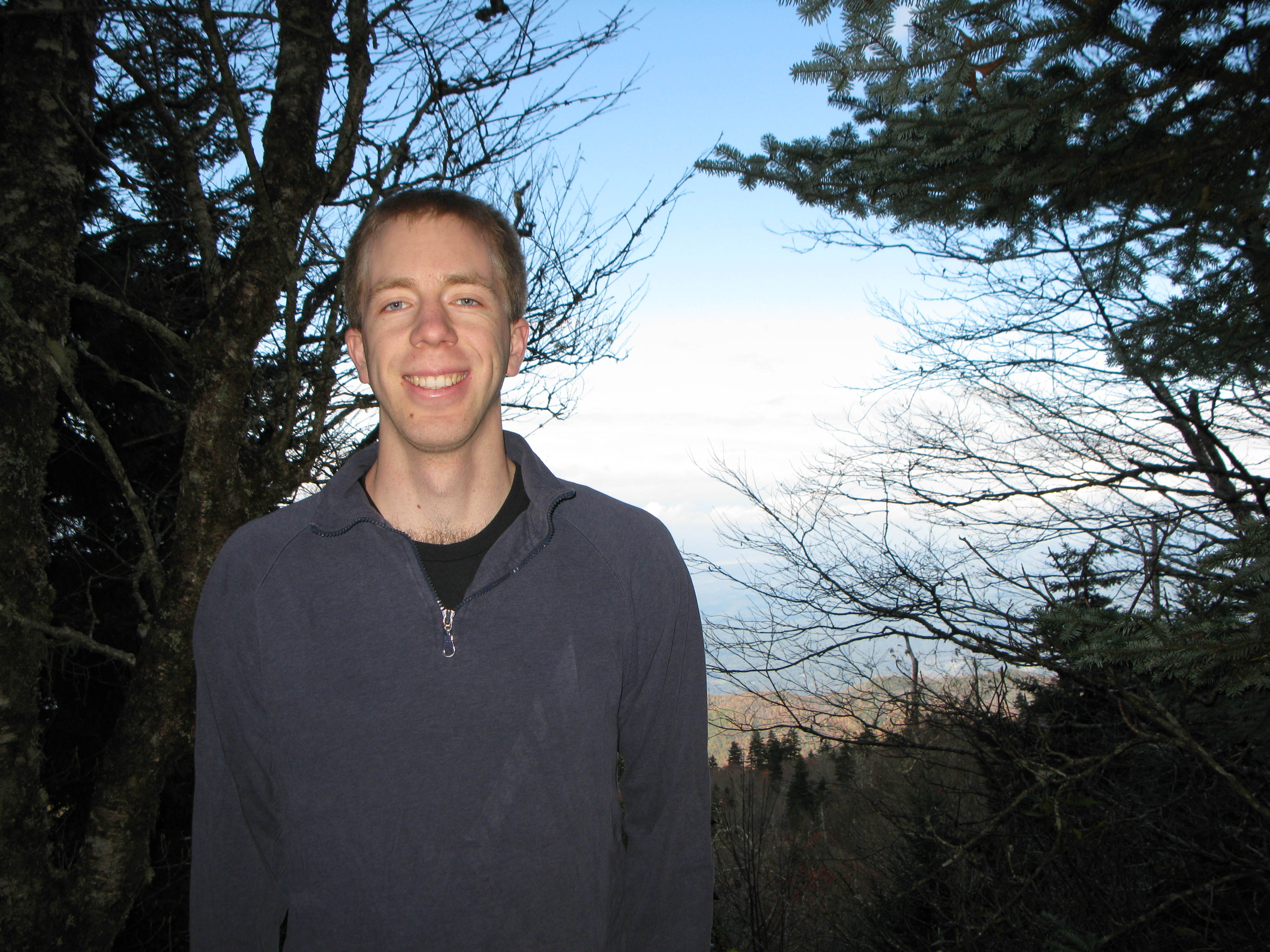 He explained what internships are about by saying, "Internships let the intern 'try out' the company and the company 'try out' the intern. If it is a good match for both it easily becomes a full-time job; if not, it's easy enough not to go back. It's also a summer job that helps decide if the field is right for you."

Advice that Jonathan shares with prospective students is, "your resume is key. Have professors, peers, guest speakers critique and give suggestions.

Know the company you are applying to and tailor your resume to the job description when possible. Many companies search the resume for keywords prior to any human reading the resume."

List items that set you apart from other contenders, if you don't have many, consider trying something new, volunteer, lead out in your church, organize a club etc. Your resume should look appealing and be easy to glance at and get a good idea of what it says. Too much crowded text can turn off someone who has dozens to look at."