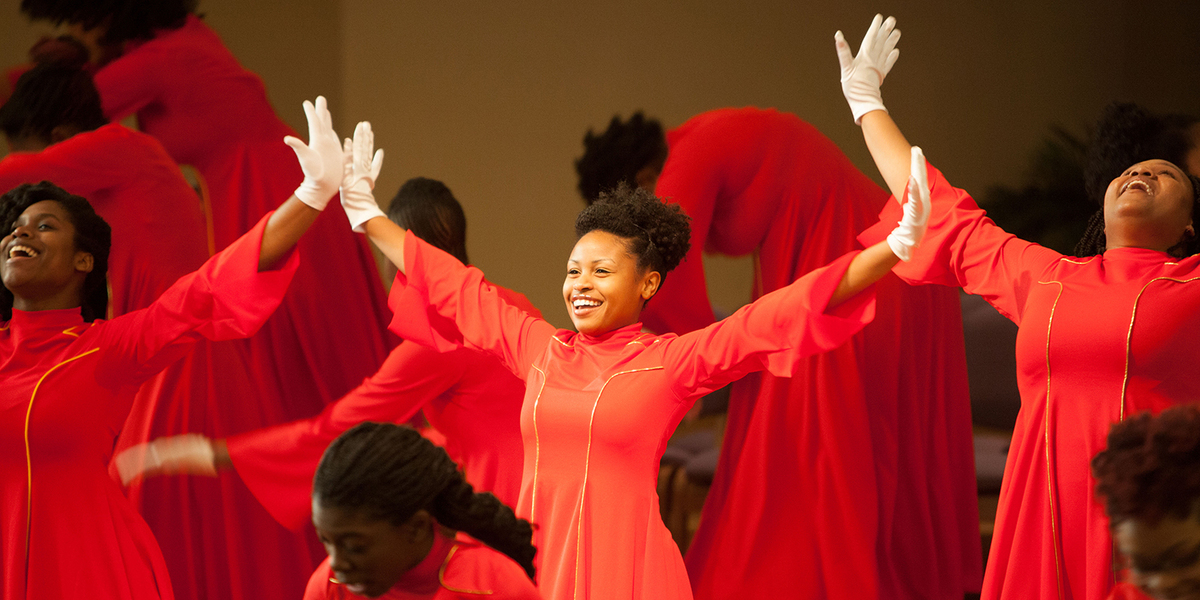 National African American History Month in February celebrates the contributions that African Americans have made to American history in their struggles for freedom and equality and deepens our understanding of our nation's history.

National African American History Month had its origins in 1915 when historian and author Dr. Carter G. Woodson founded the Association for the Study of Negro Life and History. This organization is now known as the Association for the Study of African American Life and History (ASALH). Through this organization, Woodson initiated the first Negro History Week in February 1926. He selected the week in February that included the birthdays of Abraham Lincoln and Frederick Douglass, two key figures in the history of African Americans.

In 1986 Congress passed Public Law 99-244 which designated February 1986 as National Black (Afro-American) History Month. This law noted that February 1, 1986 would "mark the beginning of the sixtieth annual public and private salute to Black History." The law further called upon the President to issue a proclamation calling on the people of the United States to observe February 1986 as Black History Month with the appropriate ceremonies and activities. President Reagan issued Presidential Proclamation 5443 which proclaimed that "the foremost purpose of Black History Month is to make all Americans aware of this struggle for freedom and equal opportunity." This proclamation stated further that this month was a time "to celebrate the many achievements of African Americans in every field from science and the arts to politics and religion."

Since 1996, the Presidents have issued annual proclamations for National African American History Month. In 2008 President Bush issued Presidential Proclamation 8218. The theme for 2008 honored Carter G. Woodson who established the first Negro History Week and whose organization, ASALH, is responsible for setting the theme for National African American History Month each year.

A Proclamation
by Barack Obama
The history of African Americans is unique and rich, and one that has helped to define what it means to be an American. Arriving on ships on the shores of North America more than 300 years ago, recognized more as possessions than people, African Americans have come to know the freedoms fought for in establishing the United States and gained through the use of our founding principles of freedom of speech, freedom of the press, the right to assembly, and due process of law. The ideals of the Founders became more real and more true for every citizen as African Americans pressed us to realize our full potential as a Nation and to uphold those ideals for all who enter into our borders and embrace the notion that we are all endowed with certain unalienable rights.

A Proclamation
by William J. Clinton
Today's schoolchildren are fortunate to grow up in classrooms where they are taught to appreciate all of the many heroes of American history. While previous generations read textbooks that told only part of our Nation's story, materials have been developed in recent years that give our students a fuller picture-textured and deepened by new characters and themes. African American History Month provides a special opportunity for teachers and schools to celebrate this ongoing process and to focus on the many African Americans whose lives have shaped our common experience.

A Proclamation
by Gerald R. Ford
It Is most appropriate that Americans set aside a week to recognize the important contribution made to our nation's life and culture by our black citizens. With the growth of the civil rights movement has come a healthy awareness on the part of all of us of achievements that have too long been obscured and unsung. Emphasis on these achievements in our schools and colleges and in daily community life places in timely perspective the benefits of working together as brothers and sisters regardless of race, religion or national origin for the general well-being of all our society.