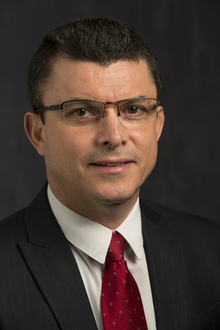 Alfredo received a BA in Theology from Montemorelos University and an M.Div. and MA in Curriculum & Instruction from Andrews University.

A native of Tabasco, Mexico, Alfredo pastored in the Southeast Mexican Conference before immigrating to the United States to continue his education. His first exposure to student life administration was as a boys dean at Jefferson Academy in Texas. Since 1997, he has worked for Andrews University Apartments, which he began while attending Seminary. Alfredo is an avid dessert maker, enjoys hosting and entertaining, and running marathons. He and his wife Juanita frequently speak at marriage retreats. They have two adult children who both attended Andrews University.