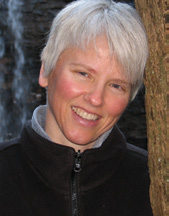 Shandelle Henson, chair and professor of mathematics, arrived at Andrews University in 2001 with a vision of establishing a strong research program, attracting external funding, and mentoring students in research. She continues to fulfill that vision in a truly outstanding way.

Students participating in Henson’s research are involved in all aspects of the research process, from data collection to the development of mathematical models. Many of their names have appeared as coauthors of refereed journal articles. Through courses that introduce students to her area of research, Henson’s research has enhanced her teaching of mathematics.

Henson has authored 53 refereed publications and given numerous professional presentations, including five plenary addresses at conferences. Two papers have appeared in Science, and last November a paper coauthored by Henson and her collaborator James Hayward appeared in Notices of the American Mathematical Society. She is the coauthor of the book Chaos in Ecology: Experimental Nonlinear Dynamics (Academic Press, 2003), which provided the first convincing demonstration of chaos in a biological population.

Henson and her collaborators have garnered five National Science Foundation grants totaling approximately $1,000,000. Her current NSF grant is for $350,000 to study ovulation synchrony in seabirds. Henson serves as editor of three research journals and has served as guest editor for three special issues. She also works as a grant proposal evaluator on National Science Foundation review panels.