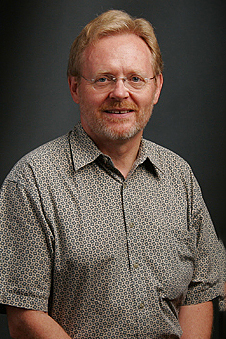 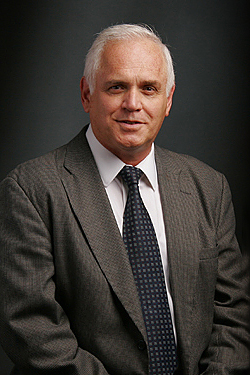 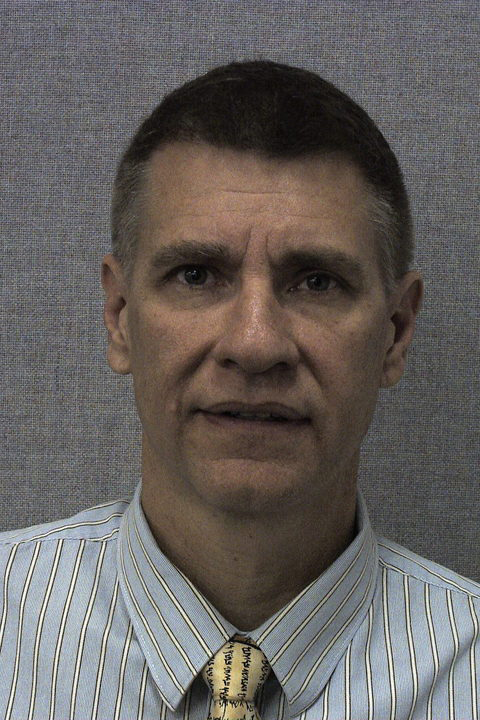 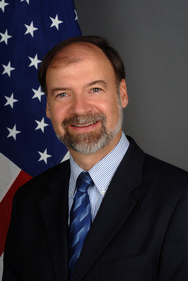 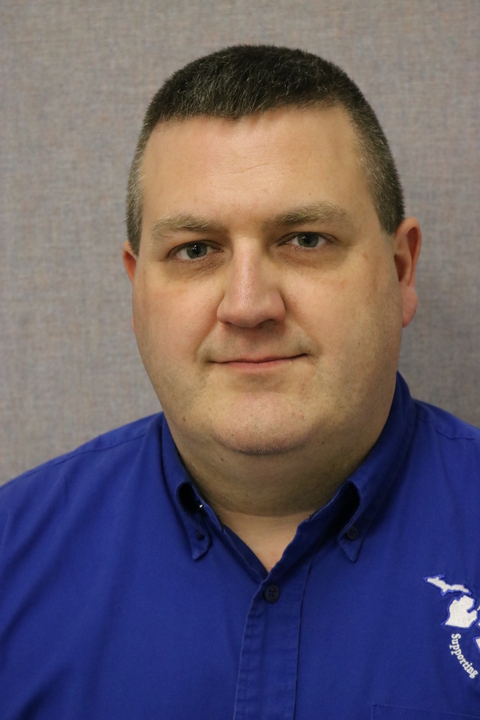 During his time as professor of anthropology, LaBianca also served as the associate director of the Institute of Archaeology at Andrews University, co-director of the Madaba Plains Project (MPP), and senior director of the Jordan Field School at Tall Hisban, Jordan. He is a trustee and member of the boards of the American Schools of Oriental Research in Boston and the American Center for Oriental Research in Amman. He has also represented Middle East anthropology and archaeology on the steering committee of the Middle East Section of the American Anthropological Association. Other memberships include Sigma Xi and the Society for International Development. He has received research grants from Andrews' Office of Scholarly Research, the National Geographic Society, National Endowment for the Humanities, the U.S. Department of State's Ambassador's Fund for Cultural Heritage Preservation the Research Council of Norway.

Upon retiring from teaching in the summer of 2020, Dr. LaBianca transitioned into his current role of Senior Research Professor where he continues to be involved in the University through his creative scholarship and research pursuits.

Dr. LaBianca is married to Asta Sakala LaBianca who is an instructor in the Department of English at Andrews University. They have three sons, Erik, Aren, and Ivan.

My first fieldwork experience was in the summer of 1971 as a member of Andrews University's dig at Tall Hesban in Jordan. As a recent college graduate with a declared interest in a career in anthropology, I was assigned by Siegfried Horn, the director, to assist Robert M. Little, the project's physical anthropologist, to clean and label the animal bones. I ran with this opportunity, and with the help of some good reference materials I had brought along, I learned the basics of faunal analysis. My first publication (LaBianca 1973) was a report on the animal bones from the 1971 season at Hesban's report which greatly benefited from a week spent in the zooarchaeological laboratory of Johannes Lepiksaar of the Museum of Natural History in Gothenberg, Sweden. My zooarchaeological apprenticeships subsequently included work as a special student, supervised by Richard Meadow and Barbara Lawrence, at Harvard University's Department of Anthropology and Museum of Comparative Anatomy, respectively; and collaboration on the final report on the faunal remains from Hesban with Joachim Boessneck and Angela von den Driesch of the University of Munich (LaBianca and von den Driesch 1995).

It was as a doctoral student in sociocultural anthropology and archaeology at Brandeis University, supervised by Judith Zeitlin and Robert Hunt, that I received the mentorship that enabled me to adapt the food systems concept as a framework for analyzing long-term changes in the zooarchaeological record of Hesban. This concept, along with the related notions of cycles of intensification and abatement and episodes of sedentarization and nomadization, enabled me to posit systematic temporal interrelationships between various lines of archaeological evidence from Hesban and vicinity, including changes in regional settlement patterns, architectural remains, pottery, objects, carbonized seeds and animal bones. This work culminated with my doctoral dissertation, which was revised and published as the first volume in a National Endowment for the Humanities sponsored Hesban final reports series (LaBianca 1990). I have also published a number of articles describing various ways in which I have used the food systems framework as a means to interpret archaeological remains (cf. LaBianca 1991).

Having succeeded, in the course of my doctoral research, in documenting the existence of multi- millennial cycles of intensification and abatement in the food systems of Hesban and Central Transjordan, much of my research since then has centered on discovering the mechanisms that account for these cycles. There are two distinct phases to this research, the first begun during the late eighties and early nineties, the second since then. The first phase focused on discovering the internal cultural mechanisms that enabled individual households and whole communities to shift back and forth between sedentary and nomadic ways. This research, which was sponsored by a grant from the National Endowment for the Humanities, involved extensive use of ethnoarchaeological and ethnohistorical data, culminated with identification of seven such mechanisms -- local level water management, mixed agro-pastoralism, fluid homeland territories, residential flexibility, hospitality, honor and tribalism. I have discussed these local- level survival strategies in several recent articles, referring to them as "indigenous hardiness structures" (LaBianca 2000).

The second phase has centered on discovering the nature of external influences that have played a role in producing these cycles. To this end I have pursued two major lines of research, the first dealing with the role of climate change, the second with the role of ancient world systems and civilizations. Our initial studies of ancient pollen, plant and animal remains from Hesban and vicinity did not produce compelling evidence of macroclimatic change during the past five millennia as a factor in explaining local food system cycles (LaBianca and Lacelle 1986). Subsequent research sponsored by the National Geographic Society has, however, suggested a possible link between episodes of food system intensification and abatement and cycles of environmental degeneration and regeneration (LaBianca and Christopherson 1998).

Efforts to correlate ups and downs in Hesban's fortunes to ancient world system cycles are still underway (LaBianca and Scham 2005). What this endeavor has brought to light already is the important role that competing civilizations and imperial projects have played in shaping Transjordan's and Hesban's economic and cultural history over the past four thousand years. This realization, that global history or the history of inter-civilizational encounters and imperial clashes is crucial to understanding the archaeological record of the Levantine countries and Hesban in particular, has led me to actively pursue research partnerships with historians, epigraphers, geographers, sociologists and anthropologists who share this interest in global/local interactions.

Global Moments in the Levant

One such partnership is the Global Moments Levant Project that was recently funded by the Norwegian Research Council. The four-year 2.6 million USD project will enable an international team of sixteen scholars representing the above disciplines to collaborate on identifying breakthrough events that change people's lives and their futures (see attached announcement). I have also approached the American Schools of Oriental Research with a concept proposal that would facilitate coordinated research on imperial projects in the Levant bv ASOR scholars.

My own line of research in connection with the Global Moments project is re-visiting the pioneering work of University of Chicago anthropologist Robert Redfield on the topic of civilization. I have recently submitted for publication two articles that harness Redfield's great and little traditions framework to understanding intercivilizational encounters and clashes in the Levant (LaBianca forthcoming). Great traditions that are of particular importance to understanding long-term culture changes and global moments in the Levant (and in particular, at Hesban) include the Egyptian, Mesopotamian, Canaanite, Hebrew, Greek/Hellenistic, Roman, Byzantine, Umayyad, Abbasid, Latin Christian, Mamluk, Ottoman, and Modern Capitalist.

My goal in terms of future research is to continue fieldwork at Hesban in Jordan focusing on the above-mentioned research agenda and to publish a series of articles from the perspective of anthropological archaeology that identify and analyze the imperial projects by means of which each of the above-mentioned great traditions were spread and impacted the Levantine countries. I also plan to continue to champion the publication of the remaining six volumes of the 14-volume Hesban Final Publication Series.

As an integral part of both the local community and the SDA church worldwide, Dr. McBride has become well known for his research efforts in addictions and Adventist Global Church Member surveys. Joining the Department of Behavioral Sciences (now the School of Social & Behavioral Sciences), in 1986, Dr. McBride took over as Chair of the Behavioral Sciences department from Dr. LaBianca in 1992 and continued to serve in that position for 23 years. In addition to his work in the School of Social & Behavioral Sciences, Dr. McBride serves on the Berrien County Board of Public Health, on the National Institute of Health Grant Review Committee, and as the Executive Director of the Institute for Prevention of Addictions. In his current role of Senior Research Professor, Dr. McBride continues to work on and publish research in collaboration with individuals both at Andrews and abroad and to prepare for the 2023 Global Church Member Survey.

Ambassador (ret.) John Nay served in the United States Foreign Service for 36 years, including tours of duty in Taiwan, Singapore, India, South Africa, Canada, and Washington, D.C. His final overseas assignment was as U.S. Ambassador to the Republic of Suriname in South America. During his tenure in Suriname, Ambassador Nay emphasized the importance of human rights, freedom of the press, and the value of environmental awareness and protecting Suriname’s rich environmental diversity.

After retiring from the Foreign Service, Ambassador Nay and his wife Judy Ashdon Nay (also an AU alumnus), returned to Southwest Michigan, where he teaches part-time at Andrews University and at Lake Michigan College. The Nays have three adult children and two grandchildren. Ambassador Nay is language qualified in Chinese (Mandarin) and also has studied Dutch, French, and German. During his Foreign Service career he received three Superior Honor Awards and four Senior Performance Awards.