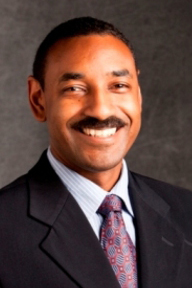 Harvey J. Burnett, Jr., Ph.D. is a fully licensed psychologist in the State of Michigan and is currently a Professor of Psychology and the Chair of the School of Social & Behavioral Sciences at Andrews University. Dr. Burnett was also a staff psychologist at the Andrews University Counseling & Testing Center for over six years where he coordinated the Center’s Substance Abuse and Campus Outreach programs.

Dr. Burnett is the past president of the Michigan Crisis Response Association. Presently, he serves as the clinical director and board member of the Berrien County Critical incident Stress Management (CISM) team that he has been part of for over 15 years. He was also involved in providing CISM interventions to victims of the World Trade Center attacks after September 11th and the Adventist University in Haiti after the 2010 earthquake.

In addition, he has worked in law enforcement for the past 22 years, and presently is a police sergeant, assistant emergency management coordinator, Drug Abuse Resistance Education (D.A.R.E.)/school liaison officer, team member of the Berrien County Crisis Negotiation Team, and coordinates the Community Policing and Behavioral Science section with the Buchanan Police Department. For 18 years, Dr. Burnett served as an elected trustee on the Buchanan Community Schools Board of Education and was the board President.

Dr. Burnett operates a part-time private practice and is the proud father of three children, and grandfather to two.