The Summit on Social Consciousness is an annual event hosted by the AU School of Graduate Studies. 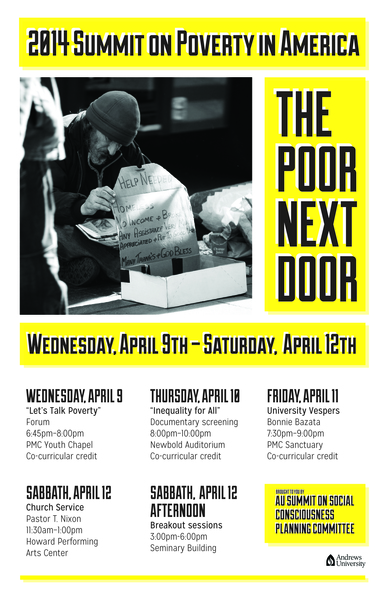 2016: "#IamAU2." A storytelling event for all ethnicities. (AU Agenda Announcement)

2015: "A Conversation on Race and Justice in America." The Summit included a keynote address by Paul Buckley and documentary screening of "The New Jim Crow." (AU Agenda Announcement; Adventist Today)